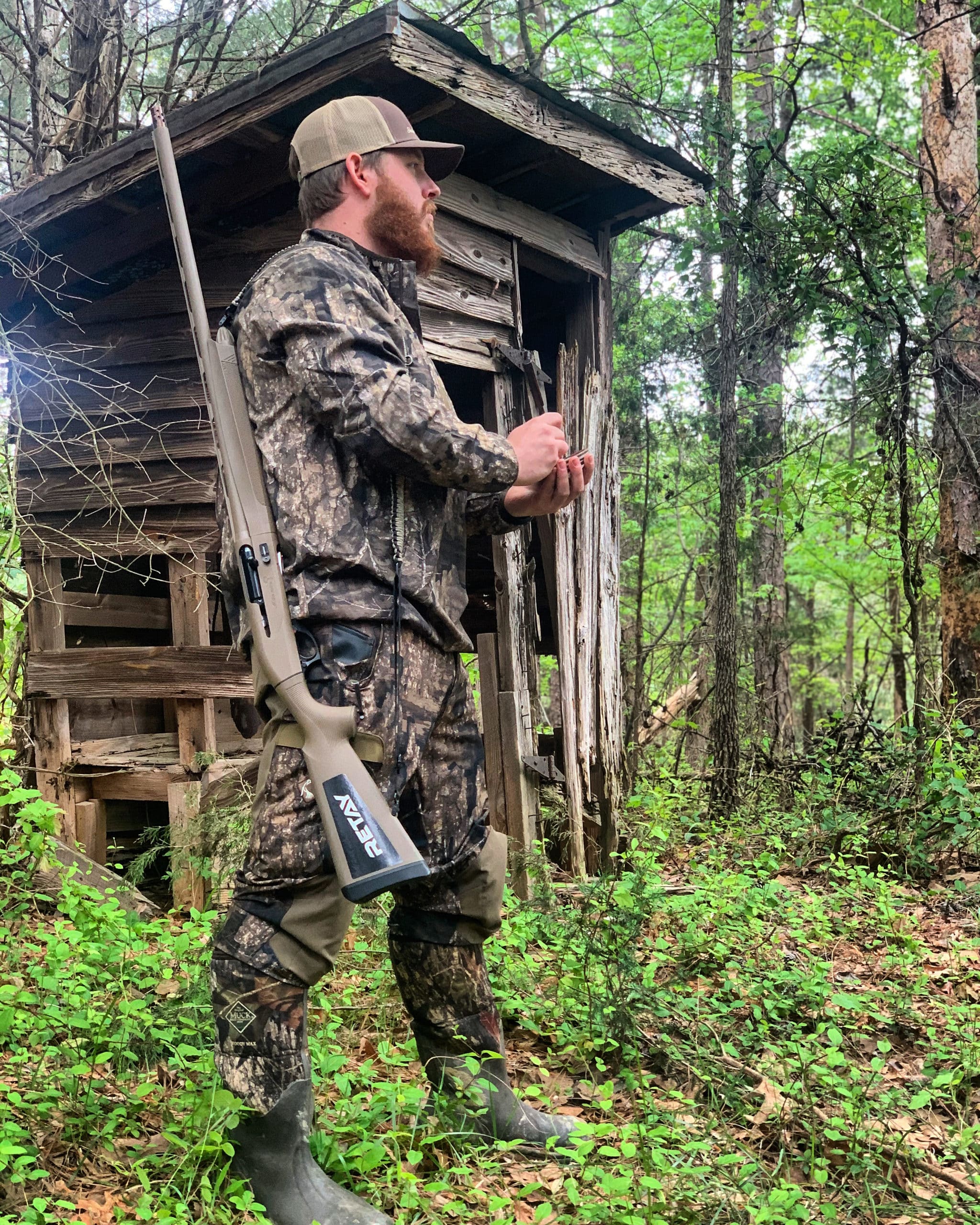 Hunting Turkeys in the Afternoon

As you go to bed thinking about another early morning chasing Toms you begin to realize that between the grind of everyday life and waking up pre dawn on the days you can hunt that you’re wearing thin. So, skip the alarm and take advantage of the secret that can lead to responsive birds, fun and the chance to take one of those Tom’s you’ve been chasing home. Hunt the afternoon.

Now, quick disclosure, hunting turkeys in the spring in some states is a morning only affair. It is illegal to hunt later than 12:00 pm. I will say I consider hunting in the afternoon anything after about 10:00 am. In the noon cutoff states that leaves you two hours to hard charge a bird. In states where you have the ability of hunting all day, afternoon hunting gives you a lot of opportunity.

You may have heard that the best way to kill a Tom is to put them to bed the night before. By watching where the birds roost a hunter can sneak in tight to that tree the next morning. Setting up close to the roost is what everyone likes to do if possible.

As the season goes on the tougher this becomes. Hunting pressure and the life cycle of turkeys can change where they roost as the season goes on. Also, when the toms fly down, that is the time they will most likely “Hen Up’ or find a receptive hen. This makes calling to them very tough.

Patterning birds becomes tougher as the season goes on. Hens begin to nest, Toms travel more looking for hens and food. The food sources also change, and Turkeys are omnivores. For all of these reasons slipping around the woods later in the day can put the odds in your favor.

When Should I get out there?

At some point around mid morning Toms and Hens split up generally. This is why you want to be walking a ridge or river bottom or maybe even driving logging roads. Stop at points on the road or terrain that put you at the advantage for a set up. Use your turkey calls to try and strike up a gobble.

As the season wears on the more likely a later hunt will be fruitful. As Hens are on the nests there are fewer and fewer opportunities for Toms to find love. It becomes a 2x multiplier in the afternoons late in the season. The Hens that aren’t on the nest might get some attention in the morning but just as in earlier in the season, that too shall pass.

In some states, such as Pennsylvania, a hunter can’t hunt in the afternoons until after the second week. Let’s face it most birds are killed early in the season. So, the long beards that are around to talk turkey by the second and third week of the season  have had their share of calls thrown at them, along with maybe some shot and arrows. Most of those calls and projectiles come in the morning, most of them in and around likely strut zones.

As the days continue to grow longer, in more ways than one, you’ll likely find birds becoming more terrain based. I have found a lot of birds will congregate in and around water. Specifically, streams and rivers. There tends to be food, water and cover in a condensed zone around water. Ridges that might be getting a bit more choked with understory might be a close second as far as the later spring shift in habitation zones that you might find a bird.

Tactics for a late alarm clock

Don’t call unless you feel like you have a good set up within a few yards. Remember with the sun a bit higher you’re going to want to be in the shadows. The birds will really shine coming through the woods, and as much as I love seeing them steam in the early morning chill when they gobble, their iridessence is very prominent in the afternoon sun.

When I am hunting later in the day I also tend to tote less gear. A lot of times my decoys stay in the vehicle. I also bring locator calls like the faithful crow call, owl hooter and peacock call. As, much as I keep them with me, in the afternoon, I rarely use them. I tend to lean on my actual turkey calls for locating birds. This is why the pre set up matters. Remember those shadows? Use them. You’ll likely be hunting in cover, actually in the woods.

As far as turkey calls go, a box call is tough to beat for getting that response gobble. Box calls inherently cut the wind and tend to be a bit louder than other friction or mouth calls. Locating with a turkey call is a lot like locating with a locator call, it’s all in the reaction.

Remember as the season gets older the birds do too, and they get wiser as well. These birds will be more likely to be quiet. They have been called to a lot. But in the warm spring sun setting up in a likely area and sitting in the warm sun can be a great way to pull the trigger on a bird. Some of the most successful turkey hunters I know have taken to a lot of sitting and less calling. This has to do as much with your attitude as the turkey’s.

I leave my blind at home as well. These midday hunts aren’t the place for a black hoodie and hub blind. These hunts are the place for good boots and a bottle of water, put those miles on! Early in the morning I will spend less time calling from the woods trying to find a bird, I let my vehicle do a lot of that work. In the afternoon I might be stopping in the same areas but pushing much deeper before I call.

With all of that in mind, for a chance at a bird, you don’t have to be blurry eyed and burning your mouth on coffee that’s still too hot from just coming out of the pot. Wake up with the sun, make yourself a nice breakfast and maybe do some stretching. You may have gotten to sleep in a bit, but you’ll still be working to get a chance at a Turkey. The difference in the afternoon is that you might be the only one in the woods working to get that bird and you might have a more responsive partner in this spring dance.