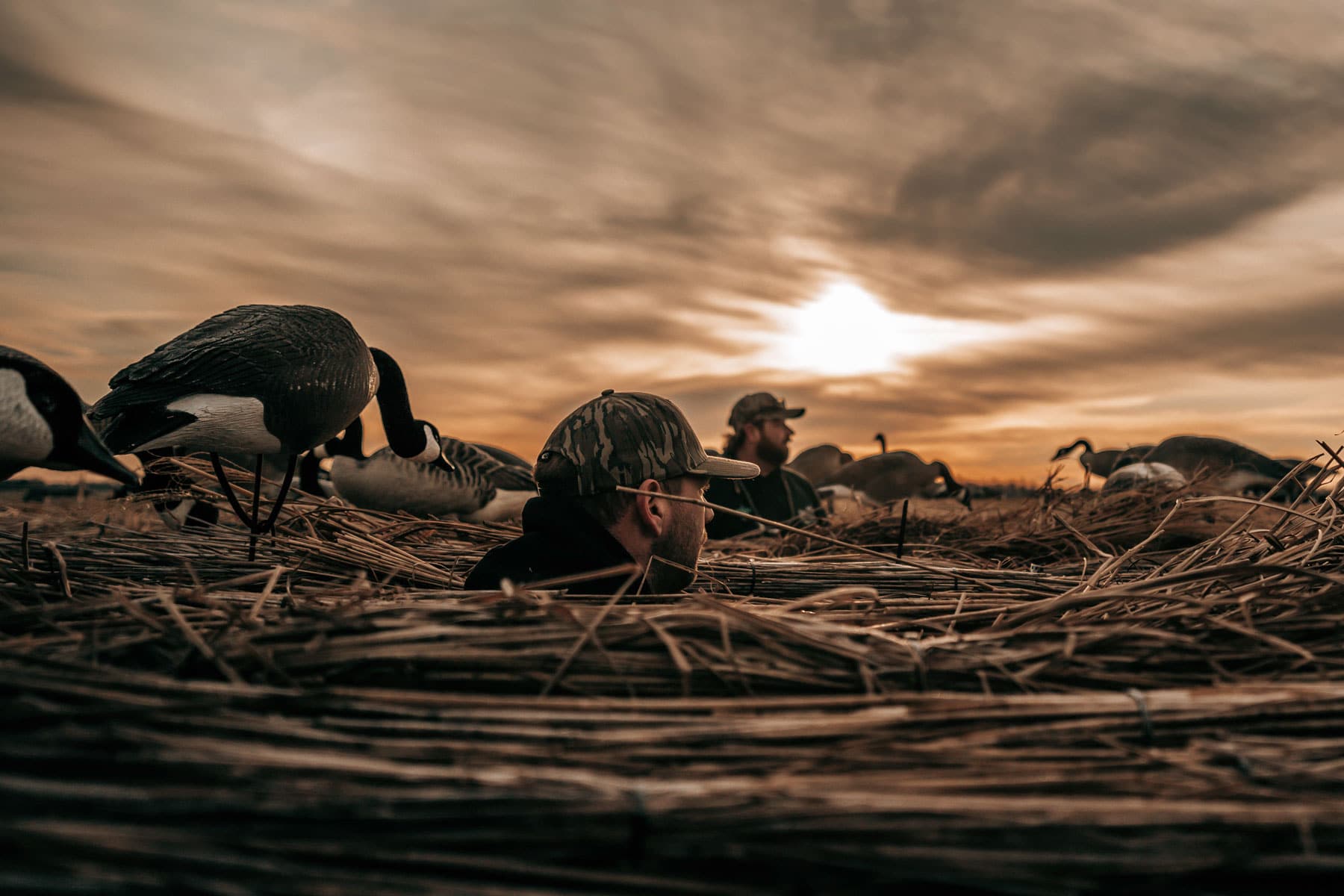 In the world of waterfowling we often get a few cracks a year at birds that are unaware that 30 minutes before the sunrise on that morning means that they need to start dodging shots like a strike aircraft dodges triple A. With all waterfowl seasons staggered in many states between an Early Resident Goose, Teal Season , Duck Season, Special Regulations, Late Season and then Spring Snow Goose season we get a few easier days spread throughout the span of the season, but what happens on day two or day ninety? The easy days are long gone. This is when the details start to matter. When hunting pressured waterfowl my advice is to leave little to chance, work hard and watch the details.

I had spent the better part of too many mornings duck hunting over the last two years of college. And for most of those mornings I was with my best hunting buddy TJ. We weren’t always happy to see each other at 2:30 AM but we never let that stop us from hitting the water and attempting to shoot some ducks. See 2:30 probably seems too early to some, but we had an hour drive to most of our huants tack a boat ride on top of that, and then set up, which more than half the time was dozens of decoys on long lines. That early wake up call cut us awful close to shooting light by the time we got settled in.

On my last hunt of my college career TJ’s friend Brad was with us, and just as with any third wheel situation there were concessions made and toes stepped on. With that, we were going to hunt a group of small islands on Lake Norman in North Carolina. This lake is high pressure, there isn’t a lot of backwater duck hunting in that region of the Tarheel state. The Coast has a great reputation for ducks, and well earned too, but the piedmont not so much.

We got to our location and were set up in plenty of time. By plenty of time I mean with enough time to watch five other boats of varying sizes pulling up to the islands around us. We were tucked into the brush on stools just at the very tip of a secondary point. We had a bulletproof set up as far as concealment went. But we didn’t stop there.

TJ and I set the decoys and when I say set I mean we literally set them individually in the water, so as to not splash them and risk icing them up. We also hid the boat 100 yards away, fully camoed under burlap and brush. With five sets of hunters within 500 yards of each other we were feeling a bit crowded and not too confident as to what my last hunt was going to turn out like.

When the shooting stopped, we had a pile of freshly migrated yankee mallards, and we were the only ones. I’d love to tell you that it was my calling but I truly believe it was the fact that we used a small number of very realistic, high quality decoys. That we took the extra time to set them. Secondly, we used dove stools and brushed ourselves in rather than opting for a more open, easier to see from and shoot from set up. Lastly, we did a great job of minimizing our imprint on the landscape by moving the boat out of the picture and camouflaging it as well as we could. It took extra time, extra work and extra attention to detail. For all that extra we got extra ducks in comparison to our public land competition.

Keep your head down

It was September and in the Finger Lakes region of NY that means Resident Goose season. There standing outside of my layout blind next to my friend Mike I was trying to flag in a distant flock of Canadas. When they saw those black flags pulsing like wing beats the flock hooked and headed our way.

We were in brushed layouts in a cut corn field mixed in with the decoys. Mike and I had tagged along with his dad and a family friend. When the first flock came in and their landing gears came down we popped out of our blinds and sent 12 total shots up in the air, and killed almost as many birds. As we picked those birds up we flagged another flock in. This action ended with a similar result.

With the third flock coming in we saw them become very hesitant to commit to our previously perfect set up. Then the fourth flock did the same thing. The wind hadn’t changed, our blinds were still brushed in well. They flagged over fine and had responded to our calling as expected. What the hell? Two things immediately came to our attention. There were bright red empty hulls all over the ground surrounding these four random humps in the cut field. Oh and as Mike’s dad pointed out I was wearing a very greenish camo hat that in my excitement watching the birds stuck out like a sore thumb in the mostly tan background. I basically had to bury my head under the blind doors after picking up all the empty shells. And with that we crushed the next flock that came in.

I took a few things from this particular hunt. When hunting an open field I always pick my empties up. Secondly, I do my best to match my camo to the surroundings and also lean more on brown and tan when in doubt. Thirdly, I stopped moving my stupid head as much.I don’t need to see everything the birds are doing when they are at that make or break commitment point. Keep low, call well and let them commit. Do that right and you’ll see ‘em hitting the deck after you pop up.

Fast forward a few years after my last college hunt. I was with TJ and Brad again but this time it was a crossover part of the season, we could shoot resident Canadas and ducks no matter their nationality. We were set up on Lake Norman again, in layout blinds on a rocky and bushy shore of an island. This wasn’t the same island. The last college island was up river and pretty secluded. There were some smaller, more modest homes on the shore around there. Modest is not the wording I would choose for the homes on this section of the lake. We were sitting on an island looking at million dollar homes. And because of this high rent real-estate hunting pressure was minimal.

By legal shooting light we had ducks swimming in our mixed spread and then the local Canadas came to the island like it was Switzerland and they had funds they were trying to hide. The detail of burlap tied to the blinds that were brushed in and mudded up isn’t the deal maker here. TJ had scouted and knew these birds were coming. And boy did they come. This is one of the best goose hunts I have ever had the pleasure of participating in.

A little background on this, TJ had reached out to the proper officials and game agencies to verify this was a huntable island.He saw birds landing there from the road one day when he happened to be driving by. So the detail on this one was simply taking the time to call and verify this was a huntable spot and population. Then the scouting side of watching the birds land there in basically any weather condition. And understanding that the pressure from around the rest of the lake made this honey hole a lay up because no one had ever thought to hunt there. The set up was perfect and detailed, but I’m not sure it had to be. I think the pre planning and follow up were the details that made this hunt.

Details, when you can control something you should. I have a million outdoor stories that verify my inclination on this subject. I have even more in the everyday real life space. In the end the ducks are in the details.