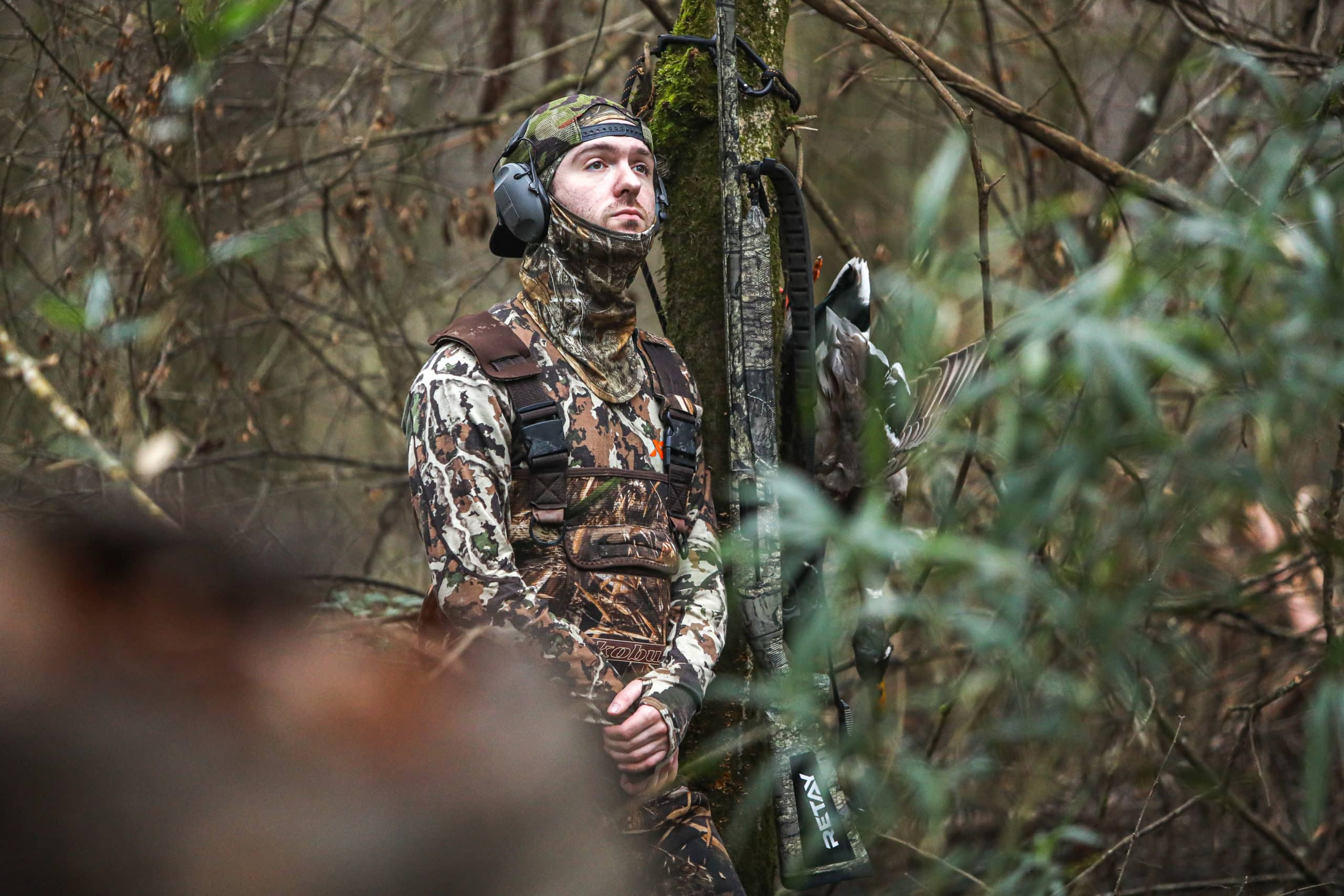 When I started duck hunting I always had pictures of standing timber, flooded food fields and prairie potholes in my mind’s eye. The locations I ended up taking a lot of my ducks from looked nothing like these “dream” spots. I ended up shooting a majority of all of my waterfowl from a small, untapped and often duck choked feature, Secondary Creeks. Let’s look at how you can build a system for secondary creeks that can get you into ducks no one else is pursuing.

Look at google maps of any big river. As you look at the layout of this river a few apparent areas will hit you in the face. You’ll see a good point, island, broken shoreline, or maybe a flat in the back of a cove. It hit you and everyone else in the face. Now , from that same view take a look and see if you can find some small creeks that spurt off the main river. These are secondary creeks and these are your mission.

From my canoe I slipped under a small culvert bridge and into the creek that fed from the river to a gigantic swamp a few miles away. While I know the birds on the river get shot up and the swamp gets a lot of pressure the creek that runs between the two is tough to get into and takes some forethought. This quick detour during a smallmouth fishing trip showed me quickly where all the ducks would end up when the shooting starts. This creek was choked with ducks, geese, natural food and had cover up both sides in the form of trees.

Best case scenario is you get to scout these areas by water or foot, worst case you escout them. What I like to look for is a simple pool or bend in the creek, outside bends will have fast water so for my money I prefer an inside bend with its slower current. If you can find a point or oxbow even better but remember we are working on a micro habitat so they won’t be hugely apparent. These areas will likely hold natural food for puddlers. If you have to go in completely blind, use these as a good bet for a set up. If you get to scout ahead of time, this is where I would start and expect to see ducks.

Paddling my canoe under the culvert before daylight I was careful not to make too much paddling noise. My headlamp shined off of the dozen decoys , spinner and shotgun case I had with me. If this spot held ducks like it had in the late summer I wouldn’t have to worry about a huge set up.

This style of hunting is a game for a minimalist set up. These are small spots, the draw is the isolation, cover, food, and lack of pressure. Pack accordingly. A Canoe or Kayak are probably the best ways to access these small creeks.

I like to carry a dozen high quality mallard decoys, although these can be tailored to your regions and species, one or two spinning wing decoys and maybe a quiver decoy of some sort. There will be natural movement imparted by the moving water, which is really awesome. I will carry a few Canada silhouettes from time to time depending on how the seasons crossover or overlap. I have put these to use even in this small area.

This is a great scenario to try out a 20 gauge, with the generally tight shooting and decoying birds. I like a light gun with an fairly open choke. Small creeks mean close birds, and if you’re setting up in the right spot they will be lighting into your small spread. A 12 gauge will work by all means just keep in mind the shots will probably be right in your face. Choose your choke and your load accordingly.

The basic waterfowl load out will work, blind bag, head lamp, clothing and waders. I really like carrying a marsh stool or dove stool. Normally building a brush blind is a pretty easy task in these locations. Their isolation leads to ample brush build up of all sorts

Brushed into a small impromptu blind made of a few branches and some grass my watch let me know it was legal shooting, and not five minutes later I head the whistling wings bombing overhead and after one pass and a turn two Wood Ducks arched through the trees and tried to touch down. My gun went off and a beautiful Drake hit the water. This was the beginning but it would be repeated throughout this hunt with Mallards and Woodies both.

Using natural barriers and cover is the way to go in these situations. I love making a nice easy blind by brushing in a deadfall if possible. Otherwise I will just tuck myself into whatever cover is available. From there I use a small scattered spread of decoys. I leave the J’s and U’s for the big water. I normally set the dekes out by hand but in smaller pairs or triples. I put the spinners on staked on the edge of the opposite bank. This simple spread has accounted for more puddle ducks than any other set up I have ever hunted them with.

After stowing all of my gear I paddled out of the little stream just a few short hours later than I had entered, I was lighter on shells and heavier on Ducks. Having killed my one man limit that morning I chuckled as I loaded up within sight of a big river boat blind, knowing I hadn’t heard a shot from them all morning. For once I got it right and the slim and trim was where it was at.

I have moved around the eastern seaboard, and when it comes to finding new waterfowl hunting this is my go to technique. You can walk into these spots a lot of the time, I always have a kayak or canoe, and when you don’t know anyone keeping it simple can make all the difference. These secondary creeks are my secret spot to kill limits of ducks when I feel like I don’t know what I am doing. Now it’s your secret too.

Previous Post: « An Argument for Sub Gauges: Why you should hunt with a 20
Next Post: Shotgun Wedding: When does a shotgun make a perfect tool for hunting ? »