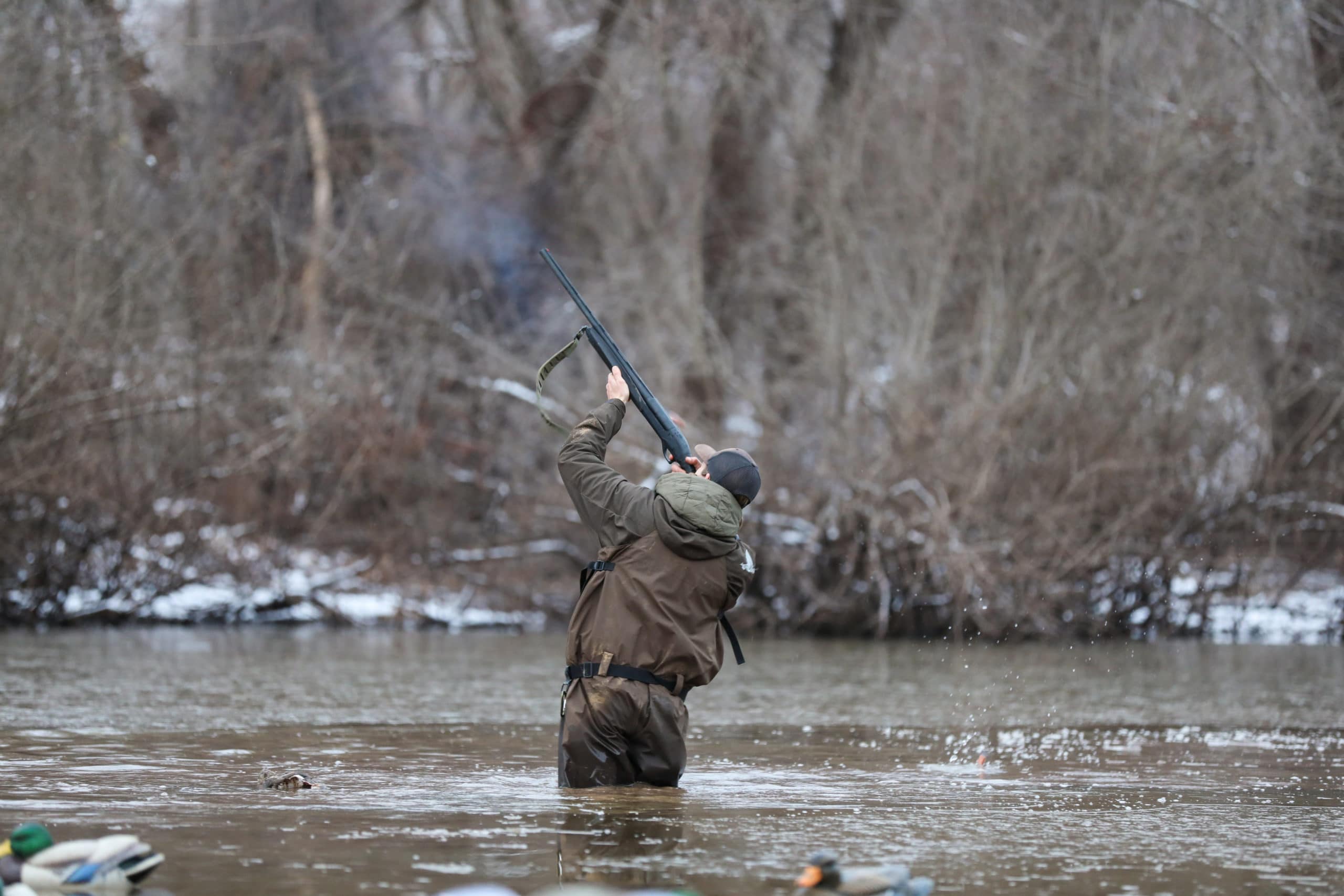 Lead shot has been gone for a long enough to become the stuff of legend. I’ve heard stories of its abilities on ducks and geese.  Before the 1991 ban on lead shot shells for waterfowl hunters never really had to deal with a lack knockdown power.  There have been thousands and thousands of birds killed with a very limited selection of lead shot shell lengths and payloads. Since lead became off limits to us, we’ve been chasing its characteristics in other materials. This is a look at how we’ve really come full circle to match, and in some instances greater ballistic performance of the venerable lead pellet. The best waterfowl load is matching or exceeding the performance of lead.

I’ve heard the guys who used lead before the ban talk about a how 2 ¾ inch #6 loads where absolute poison on decoying big ducks. 3 inch #4 was the surefire solution to putting geese on the ground. Bluebills being crushed by #7 trap loads over a big water layout boat rig was commonplace. Lead is a very effective transferor of energy. It is very dense as compared to the surface area.

This density allows for penetration through vital organs and kinetic energy transfer that can break key structural junctions that keep birds in the air. Lead loads were propelled around 11-1200 FPS in traditional loads used for the take of waterfowl and still are for applications where they are still allowed to be used. Once this wasn’t allowed and shot shell manufactures looked for an answer with nontoxic properties, steel was picked up as the substitute.

Early steel shot users had horrible reviews. Hunters with claims of shot bouncing off birds not penetrating the fat layer on late season birds. Early steel loads were of low quality in some cases.  The modern ways that manufactures have squeezed the maximum amount of performance out of steel loads was not present then. It was a time of adjustment and as with anything totally new there was a lot to figure out. To get the same kinetic energy the size of shot had to go up to consistently kill birds.

As shot size goes up in relation to a constant payload weight the number of pellets in that load goes down. You’re getting a less dense pattern. So, if you look at the voids that this can create in the pattern, you can see how a bird could pass through untouched. Worse yet the same bird might not absorb enough pellets to make a quick kill.

Extra powder longer shells like the 3.5” chambering in 12 gauge were ways to make payloads increase and to make up for the other thing that helps steel ballistics wise. Speed. The speed of the pellets increased to help make up for steels deficiencies. Advertised speeds up to 1700 fps have come to market to cure steels shortcomings. There are many other factors in the evolution of steel shot that increased its performance for a budget friendly alternative to lead, but we don’t have room for all of the finer points we are hitting the high points here. As the market evolved some companies brought to market new materials to move the standard seen in steels shells. Steel has killed a lot of birds from its inception until now.

Enter bismuth and tungsten. These elements are what have brought us back around full circle.  They get us close to some of the properties of lead and in some case surpass its performance. These two metals are good substitutes because they have the density like or greater than lead based on what blend of either. They are also nontoxic, which is a continued push in modern ammunition. The only real problem with loads utilizing these two types of material is cost.

Even with blending these with duplex steel loads like Hevi Metal the price of a box of shells is noticeably higher, no matter what flavor combination you choose. You are also getting fewer shells in some loads based on what blend of either type of material is being used. Tungsten and bismuth are typically blended with other metals or polymers make them more affordable and increase performance on some areas. There are a few offerings in a pure tungsten load which allow for shot as low as #9 with ballistic capabilities comparable to that of larger lead and steel pellets. These are very cost prohibitive and are not a normal selection for even the most dedicated shell snobs.

I have used some of the lower density blends and had really good results. In my opinion the reasons why the bismuth blends are worth the increase in cost is the increased pattern density. The fewer number of holes in the pattern, from a properly choked gun, is noticeable in downrange performance on birds, in my experience.

There are other nuances to this material, but these are the high-level differences and advantages that I feel most hunters would see as pertinent information. The next part of this series will have more to with what sizes of shot to choose given a particular material and more about the ballistics of different lengths of shells and weight of payloads and why you might choose one or the other for different situation or when choosing one load to do it all with.

I felt it was necessary to understand the history as I’ve observed it before we go into the why. I’ll leave you with this. Most of us need to spend more time shooting clays. Many times, the reason the bird doesn’t drop is because you didn’t put the work in during the off season. You may also make a choice to take an opportunity on something that is low percentage at longer range. This is not the end all be all or a reason to buy the cheapest stuff out there but the advantages in one material over another shine when the shooter is performing at their highest level. To put a modern spin on an old saying it’s probably the indigenous individual not the archery equipment. More to come soon.

Previous Post: « Hunting Deer with Dogs : A Yankee Hunting in the Shadows of a Southern Racetrack
Next Post: What Shells are Best for Waterfowl Hunting Pt 2 »